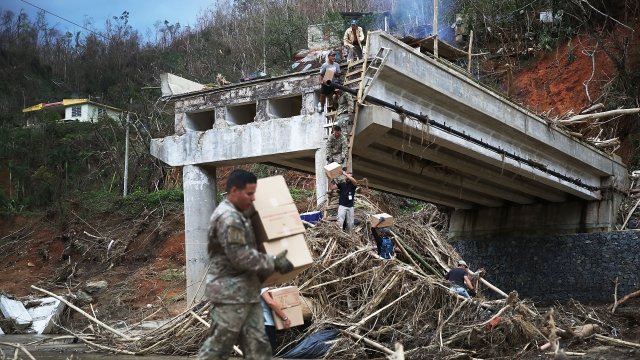 After Hurricane Maria, the U.S. government poured billions of dollars into recovery in Puerto Rico. But the majority of that money went to companies on the mainland, according to a new report.

Researchers at the Puerto Rico-based Center for a New Economy analyzed contracts federal agencies issued through August 2018. They found almost 90 percent of the recovery money — some $4.3 billion — went to mainland firms.

The report says that goes against a provision in the Stafford Act, a law that lays out federal disaster response policy. A provision in that act encourages agencies to award contracts to local companies to give the recovering economy a boost.

Instead, the report says mainland companies are likely relying on subcontractors on the island who may only get a fraction of the money.

Puerto Rico's economy was suffering before Maria — the island was already tens of billions of dollars in debt. The local government estimates recovery costs could total $139 billion.