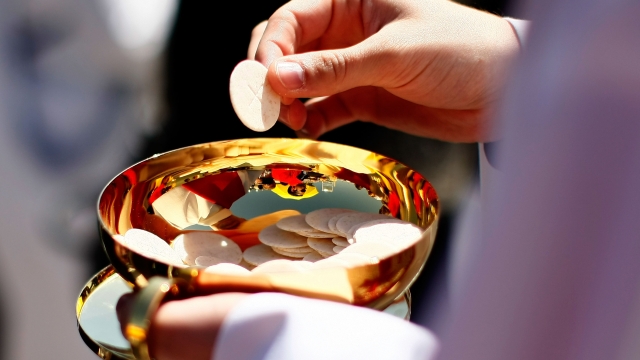 A Chicago law firm released a list of almost 400 Catholic clergy members it says have been accused of sexual misconduct.

The so-called 'Anderson report' compiled background information and sex abuse claims involving hundreds of church leaders from the Archdiocese of Chicago and other Illinois dioceses. The report stretches back more than 50 years, and the list includes only one priest who's still actively serving.

Chicago church officials have already publicly named those who've been found to have faced "substantiated" allegations. But the attorneys behind this list say it isn't comprehensive, and they want church leaders to hand over all clerical abuse allegations to law enforcement.

In a statement, the Archdiocese of Chicago, which serves more than 2 million Catholics, pushed back on the findings. Cardinal Blase Cupich said the church doesn't "police itself," and reports all allegations to authorities, even if the priest is no longer living.

He also noted many of the names in the Anderson report are religious order priests. While that subset still falls under the Catholic Church, it's separately governed and doesn't report to a diocesan authority.

In December, then-Illinois attorney general Lisa Madigan launched an investigation into clerical sex abuse, and said there were at least 500 accused clergy members in the state who were not being publicly named.

The latest report comes as the church is already under several state and federal-level probes into its handling of abuse complaints.