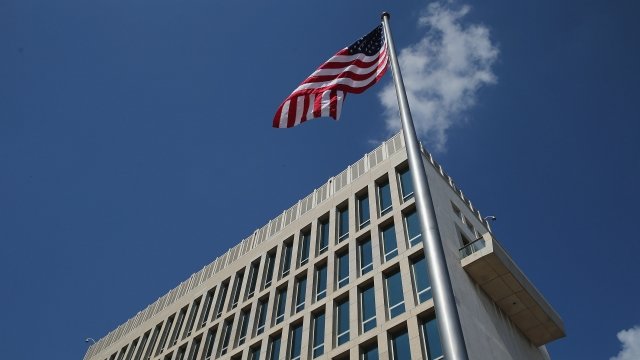 By Caitlin Baldwin
September 6, 2018
An internal watchdog looked into the State Department's response to the attacks on U.S. Embassy personnel in Cuba.
SHOW TRANSCRIPT

A lack of communication caused a significant delay in investigating the attacks on U.S. diplomats in Cuba, according to a new report.

The U.S. Government Accountability Office looked into the State Department's response to those incidents. It found that the office responsible for convening a panel to investigate security-related incidents — like what happened in Cuba — didn't find out about the attacks until around nine months after the first reported incident.

Even then, the office was only made aware by a former official who saw news reports on the incidents and notified the office. The State Department is generally required to convene a panel to investigate serious incidents within 60 days.

The GAO recommends that the State Department revise its policies on reporting these types of incidents in order to improve security and ensure the same situation does not occur again.

The State Department responded to the report, saying it will "re-assess and improve" its process for internal communication.