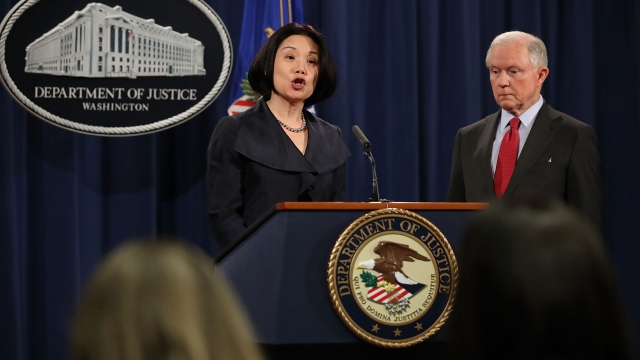 She left her post after President Trump nominated her to serve as the Treasury Department's undersecretary for terrorism and financial crimes. According to NBC News, Attorney General William Barr asked her to leave. Liu's office oversaw several high-profile cases that came out of former special counsel Robert Mueller's Russia investigation, including the case of Roger Stone, who is convicted of lying to Congress, witness tampering and more.

All four federal prosecutors in Stone's case left the proceeding after the Justice Department said it planned on reducing his recommended prison sentence of 7 to 9 years. President Trump had criticized the sentencing in a tweet earlier that same day. The DOJ has said it made the decision before the president's tweet.

Correction: A previous version of this story incorrectly said the recommended sentence was 9 years. This story has been updated.