Report: Iran Is Still Complying With The 2015 Nuclear Deal 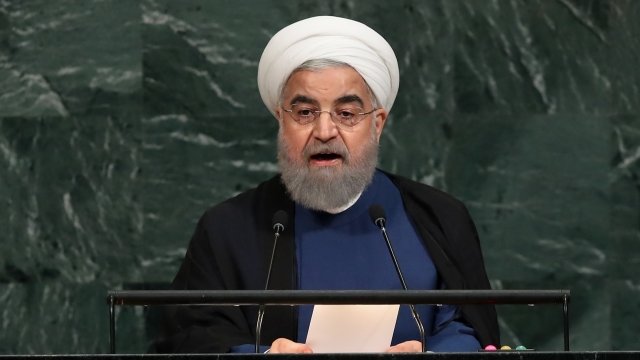 SMS
Report: Iran Is Still Complying With The 2015 Nuclear Deal
By Jake Jones
By Jake Jones
August 30, 2018
The report, seen by media outlets, said inspectors verified that Iran was producing nuclear materials within levels set by the deal.
SHOW TRANSCRIPT

Iran is still complying with the 2015 nuclear agreement, according to a report by United Nations inspectors.

In a confidential report, the International Atomic Energy Agency said its inspectors were still granted access to all nuclear sites and facilities. The report, seen by media outlets, said inspectors were able to verify that Iran was producing nuclear materials within levels set by the deal.

The agency will release the report in September, according to Bloomberg.

President Donald Trump took the U.S. out of the deal in May. He noted Iran's ballistic missile program and involvement in Syria and Yemen. The deal didn't mention those factors. It allowed relief from sanctions in exchange for capping Iran's production of materials used in nuclear weapons.