HUD Backs Down On Rent Increase For Some Low-Income Households 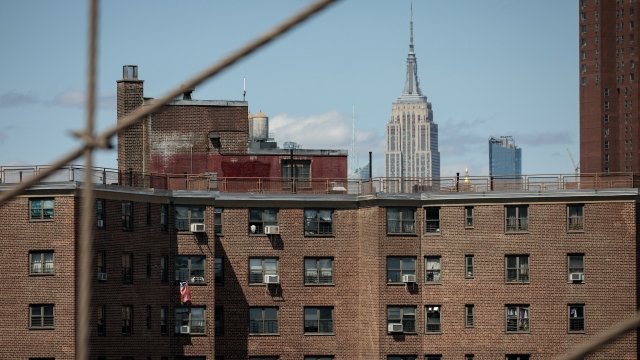 U.S. Housing and Urban Development Secretary Ben Carson is backing away from parts of a proposal that would have raised rent for low-income families.

That proposal was originally released in April. It aimed to raise rent from 30 percent of household income to 35 percent. Some of the poorest families would see their rent triple. It also would have allowed housing agencies to create minimum work requirements for federal assistance.

A recent analysis from the Center on Budget and Policy Priorities provided to the Associated Press found that in the largest 100 metropolitan areas in the U.S., rent for people getting federal housing assistance would jump by about 20 percent under the plan.

But Thursday, Carson said HUD has received additional funding, so rent increases are no longer necessary. The announcement followed backlash from tenants' rights advocates. One Democratic lawmaker called the proposal part of the "Trump administration's war on poor people."

Carson said, "The original rent increases were to make sure we didn't have to raise rents on elderly and disabled people, and now we have some increased funding and we're not going to have to do that."