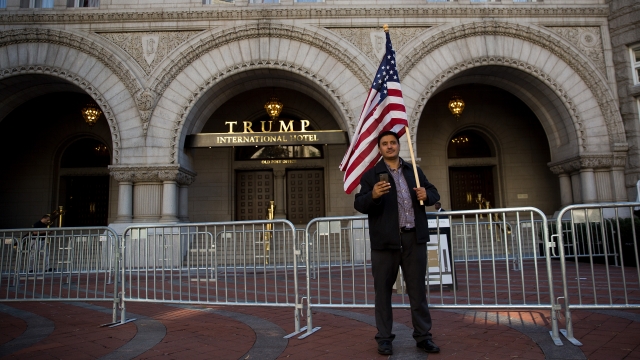 The General Services Administration's internal watchdog has found the agency "ignored" the Constitution when it let President Donald Trump keep the lease on the building used by his D.C. hotel.

A report issued Wednesday by the GSA's inspector general said the agency knew letting the president lease the Old Post Office building for his Trump International Hotel after he took office "raised issues under the Constitution's emoluments clauses." The clause bans presidents from accepting any gifts or perks from foreign or domestic states without permission from Congress. But the GSA "decided not to address those issues" when it determined that the hotel's lease wasn't violating any conflict of interest rules, according to the inspector general.

The report found the GSA's analysis of the lease "was improper," but did not recommend canceling the hotel's lease. It did recommend another review of the deal, though.

President Trump signed a 60-year lease with the federal government for the hotel's building in 2013. Once he was elected president, he resigned from a formal position and put his sons in charge of the hotel.

But the president still owns the company that runs the hotel, which has hosted both foreign and state leaders. Because of this, the attorneys general of the District of Columbia and Maryland have sued, claiming the president's continued dealings with the hotel violates the Constitution.