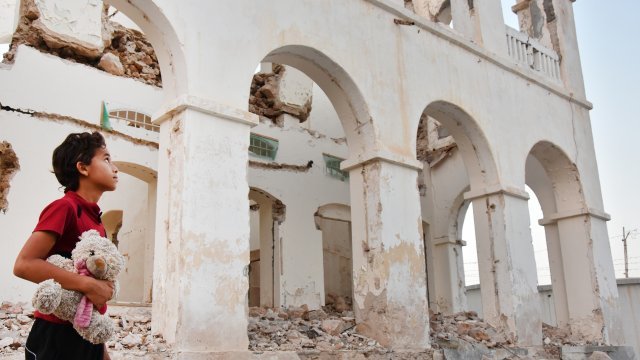 Germany has approved a delivery of weapons systems to Saudi Arabia despite pledging not to sell arms to countries involved in the Yemeni civil war.

Germany's economy minister approved the shipment of four artillery positioning systems for armored vehicles, according to a letter he sent to lawmakers. That letter was reviewed by Reuters. It reportedly does not specify when the contracts were made.

A coalition of German parties agreed to stop selling weapons to countries involved in Yemen back in January. Saudi Arabia has been involved in the conflict since 2015 and is part of the coalition that's trying to reinstate the government of Yemen's ousted president.

The country has faced a lot of criticism for its involvement in the war. A U.N. report from August said the Saudi-backed coalition's airstrikes were responsible for "most direct civilian casualties" in Yemen, as they've struck nonmilitary buildings like water plants and hospitals. Saudi Arabia was also widely condemned for bombing a school bus back in August, killing 40 children.