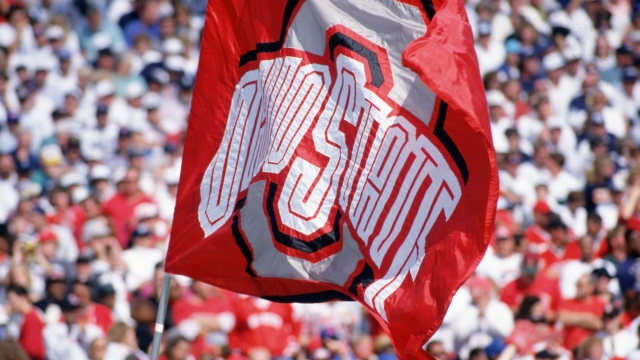 SMS
OSU Report: Former Athletic Doctor Abused Students Over Two Decades
By Cristina Mutchler
By Cristina Mutchler
May 17, 2019
According to an independent report from The Ohio State University, the late Dr. Richard Strauss abused at least 177 students since as early as 1979.
SHOW TRANSCRIPT

An independent investigation from The Ohio State University found that a former athletic physician sexually abused at least 177 students over a span of two decades.

The school released the report on allegations against Dr. Richard Strauss Friday. It outlines abuse findings after more than 500 interviews and a review of official documents from 1979 to 1998. Strauss died in 2005.

Investigators concluded that university staff knew about the misconduct complaints as early as 1979, but failed to take action.

Abuse claims from multiple former male athletes last year prompted Ohio State to start the investigation into Strauss. Those who came forward said he made inappropriate contact during physical examinations -- and that school officials knew about the behavior.

U.S. Rep. Jim Jordan's name also came up during that time. He was the assistant wrestling coach during part of Strauss' tenure, and a former student claimed Jordan was aware of Strauss' misconduct. The congressman denied knowing about any alleged abuse, and he wasn't named in this latest report.

Ohio State's president issued an apology Friday to the victims of Strauss' abuse, saying, in part, "Our institution's fundamental failure at the time to prevent this abuse was unacceptable — as were the inadequate efforts to thoroughly investigate complaints raised by students and staff members."

The school says it's implemented additional policies and procedures to hopefully make it easier to report sexual misconduct.