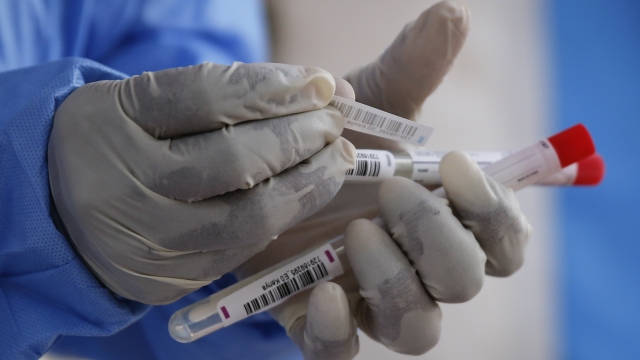 SMS
Report: Coronavirus Drug Trials May Show Promise But More Tests Needed
By Bailey Vogt
By Bailey Vogt
April 11, 2020
The tests were inconclusive — as there was no control group to compare the medicine's performance. More studies are continuing.
SHOW TRANSCRIPT

Over half of severe coronavirus patients receiving an experimental drug saw improvements, according to the first results of a trial released Friday.

Doctors reported in the New England Journal of Medicine that Gilead Science's drug remdesivir showed promise — with 36 patients out of the 53 tested requiring less breathing support, according to The Associated Press.

Eight others worsened and seven patients died. Twelve patients had serious health issues during treatment. But researchers said it was unclear whether that was due to the disease or the drug.

This leaves the tests ultimately inconclusive — as there was no control group to compare the medicine's performance.

No drug has been cleared to help treat the current coronavirus pandemic, which has now killed 100,000 people worldwide. At least five other studies are testing remdesivir as it has previously shown promise against earlier versions of coronaviruses.