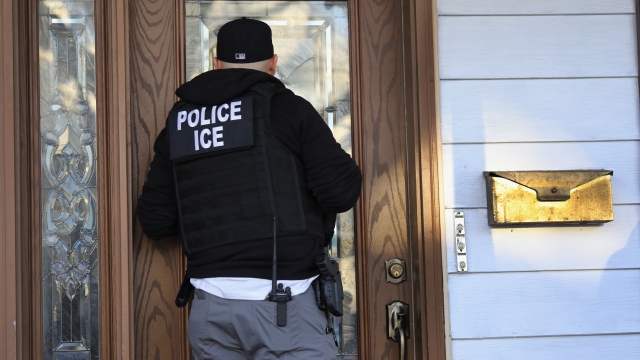 An investigation by a group of journalists found Immigration and Customs Enforcement is misusing and overusing solitary confinement in its detention centers.

The five-month "Solitary Voices" investigation was conducted by the International Consortium of Investigative Journalists in partnership with six other news organizations, including NBC News and The Intercept. They looked at more than 8,400 incident reports going back as far as at least 2012.

According to the report, the U.S.' several immigration detention centers can hold over 40,000 people, including asylum-seekers or people awaiting deportation. To be clear, they're not being detained as a punishment. But the investigation found thousands of immigrant detainees have been forced to stay in a small cell for 22 hours a day or more. That includes people with severe mental illness and disabilities.

Critics see isolation as one of the harshest possible punishments for prisoners, even when they're convicted criminals. In 2017, the DOJ recommended that it be "used rarely, applied fairly ... and never as a default solution" in U.S. prisons.

But the investigation found isolation was used in ICE detention centers not as a last resort, but as a first one. Reporters found at least 373 instances where detainees were put in solitary confinement because they were potentially suicidal. They found 187 cases of detainees being held in isolation for over six months.