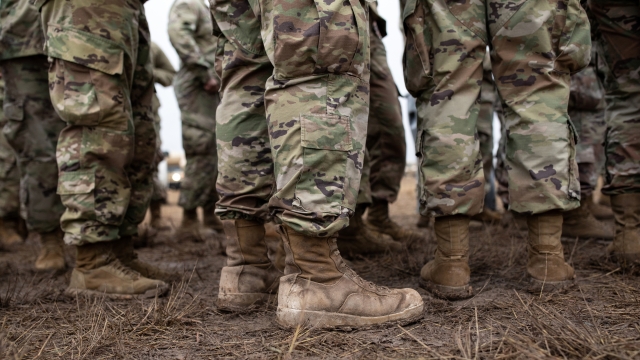 Sexual assaults across the U.S. military increased by almost 38 percent in 2018, according to a new report from the Pentagon.

After surveying both men and women service members, the findings showed an estimated 20,500 instances of "unwanted sexual contact" among Army, Navy, Air Force and Marine personnel. That's up from the roughly 14,900 instances in 2016.

The report defined unwanted sexual contact as a ranging from groping to rape. Here are some of the key findings:

The group most at risk of being assaulted was active duty female troops between the ages of 17 and 24.

The Marine Corps had the highest rate of estimated sexual assaults, at close to 11 percent.

And a majority of assault victims knew their assailants.

Pentagon officials say the results will lead to changes in the handling of sexual assault prevention efforts, like making reporting more confidential and more closely monitoring character assessment during the recruiting process.

In a statement Thursday, acting Defense Secretary Pat Shanahan called the trend "unacceptable," and said the department "must do everything [it] can to eliminate sexual harassment and assault in the military."

In fact, on Wednesday, Shanahan told Congress that he plans to officially make sexual harassment a standalone crime under military law.

That potential move came at the recommendation of a sexual assault accountability task force earlier this week.