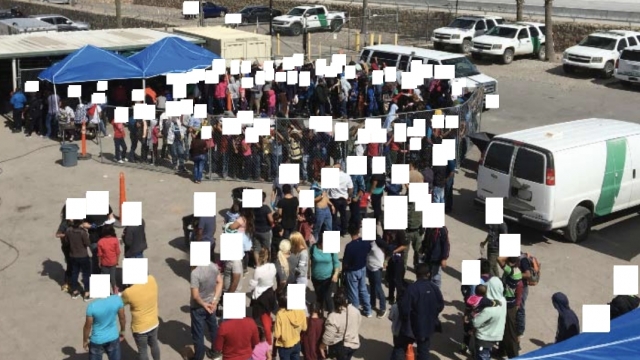 Homeland Security's Office of the Inspector General says overcrowding in a migrant processing center in Texas needs to be reduced immediately.

An internal watchdog report released Thursday says recent inspections of the El Paso Del Norte Processing Center found there were 900 migrants housed in spaces that were only supposed to hold 125.

Border Patrol agents told the inspector general's office some detainees were held in standing-room-only conditions for days or weeks. Under current standards, migrants can only be placed in holding rooms or facilities for 72 hours. According to the report, 66% of the migrants at the El Paso Del Norte Processing Center were held there longer.

The report also details how employees were seen making migrants surrender valuables — like money and phones — and throwing away all other personal belongings. Border Patrol personnel said the items were discarded because they might be wet, muddy or have bugs, and, therefore, could be a "biohazard."

The Inspector General's Office expressed concern that the overcrowding conditions weren't only affecting migrants. Facility management said the "conditions were elevating anxiety and affecting employees' personal lives." There were also reports of "high incidence of illness." People who were eligible to retire accelerated their retirement dates and others were looking for other job opportunities.

The Department of Homeland Security responded in the report that CBP is building more holding facilities and will open a Centralized Processing Center by the end of 2020. The Inspector General's Office says that is only a partial response and DHS needs to find a more immediate plan to address overcrowding.