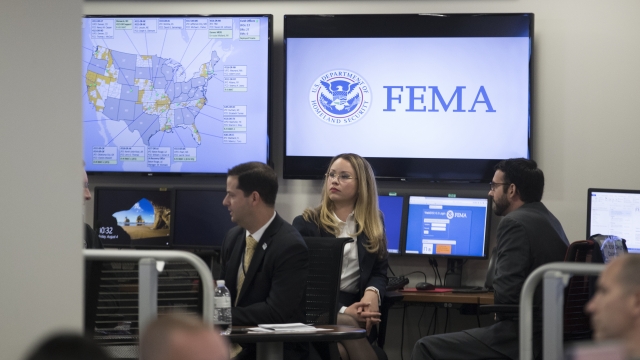 A government watchdog reported Friday FEMA had wrongfully shared the personal information of millions of people with a federal contractor.

A report released Friday by the Department of Homeland Security’s Office of Inspector General found FEMA had given the personal information of about 2.3 million Americans to a contractor that helps find temporary housing for those affected by disasters. Those affected include survivors of Hurricane Harvey, Irma, Maria, and the California wildfires in 2017.

The watchdog said FEMA violated federal privacy laws and Homeland Security policy by giving the contractor information it wasn't supposed to, including street addresses and bank information. The contractor was also reportedly aware that FEMA was providing too much data, but failed to inform the agency.

FEMA said it began taking corrective measures since being aware of the issue. The agency said it "is no longer sharing unnecessary data with the contractor ... [and] worked with [them] to remove the unnecessary data from [their] system." It also said it "has found no indicators to suggest survivor data has been compromised."