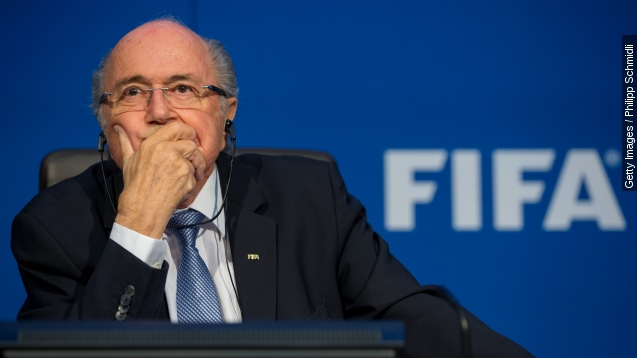 By Matt Moreno
December 7, 2015
The BBC reports Sepp Blatter is being investigated by the FBI for his alleged involvement in receiving $100 million from sports marketing company ISL.
SHOW TRANSCRIPT

As international authorities continue to arrest high-ranking FIFA officials on bribery and corruption charges, FIFA president Sepp Blatter has been able to sidestep legal scrutiny for the most part. Until now.

The BBC reports the FBI is opening an investigation into Blatter's involvement in $100 million worth of bribes allegedly paid by sports marketing company ISL.

While Blatter has denied his involvement in the payments, a reporter for Panorama obtained a letter from the FBI saying Blatter had "full knowledge of all activities" and was always informed about them.

The payments were made to former FIFA president Joao Havelange, who ruled the association from 1974 to 1998. Blatter became general secretary of FIFA in 1981 and then took over as president in 1998.

Havelange was forced to resign his position of honorary president of FIFA in 2013 due to an investigation by the association's ethics court into the ISL payments, but Blatter was cleared of wrongdoing at the time.