FBI May Be Investigating A Connection Between Russia And The NRA 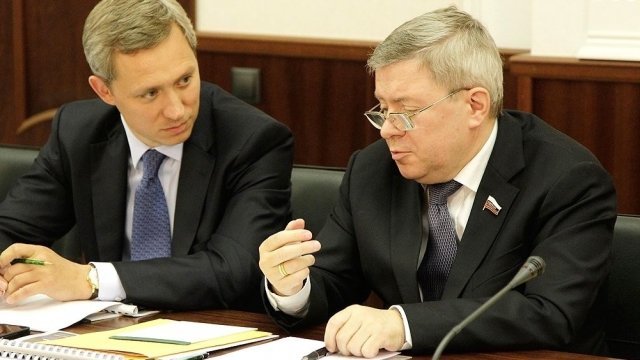 Russian banker Alexander Torshin may have illegally funneled money through the NRA to Trump's presidential campaign.

The FBI is reportedly investigating a Russian banker with close ties to the Kremlin and the National Rifle Association.

McClatchy reported on Thursday that Alexander Torshin, a deputy head of Russia's central bank, is the subject of an FBI probe related to alleged Russian election interference. Citing two anonymous sources, the outlet reports Torshin may have illegally funneled money to the NRA to help Trump's presidential campaign.

McClatchy doesn't know the extent of any evidence against the Russian banker, but Torshin is a known gun advocate and supporter of the NRA.

In 2016, he attended the organization's largest gathering of the year. There, he met Donald Trump Jr., but the two reportedly just made small talk about guns.

Around that same time, Torshin may have tried to broker a meeting between Vladimir Putin and then-presidential candidate Donald Trump.

This is reportedly the first known time someone from Trump's inner circle has been issued a grand jury subpoena in Mueller's investigation.

All that information isn't enough to draw conclusions, but it is worth noting the NRA spent more than $30 million in support of Trump. That's triple what the organization devoted to Mitt Romney in 2012, and McClatchy notes much of that money may not have donor names attached.