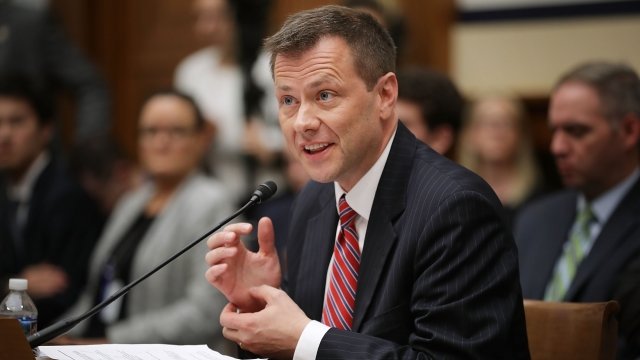 The FBI has reportedly fired controversial agent Peter Strzok, who was removed from special counsel Robert Mueller's Russia probe last year for sending anti-Trump text messages. The news of his firing was first reported by The Washington Post.

Strzok's attorney said in a statement that FBI Deputy Director David Bowdich ordered Strzok be fired on Friday. That came after the director of the office that normally handles disciplinary actions reportedly said Strzok should only face a demotion and a 60-day suspension.

The Justice Department inspector general's report released in June of this year concluded that the language used between Strzok and Page was highly inappropriate.

Strzok testified before Congress for more than eight hours in July. At one point during that hearing, he said his personal opinions have never impacted any official action he took.