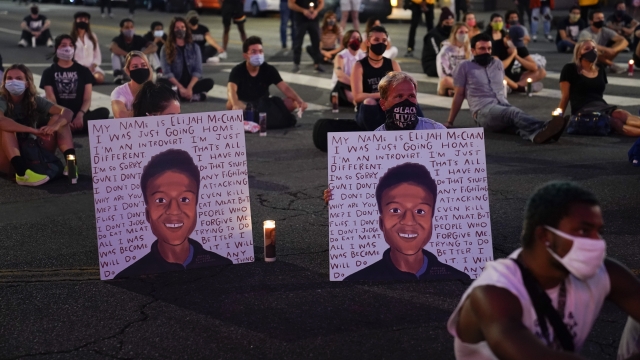 An investigation into the fatal arrest of Elijah McClain says Aurora police did not handle the situation correctly, and they never should've stopped him in the first place.

The 23-year-old was heard crying out in pain and telling officers they're beautiful as they put him in a neckhold. He suffered cardiac arrest and later died.

It happened in suburban Denver back in 2019.

McClain was stopped by officers as he walked home from a store because someone had called in a report of a suspicious person. The report says that did not provide legal justification for detaining McClain.

His parents say the report proves what they already knew.

"I'm happy that somebody else sees that they've got a problem," said his father.

The report also says paramedics should not have injected McClain with ketamine, saying there wasn't an attempt to examine him before doing so.

This week's report blamed the police department for having a weak accountability system.

And it says the department's investigation into officers' conduct was sloppy and incomplete.

A district attorney decided not to press charges against the officers involved.