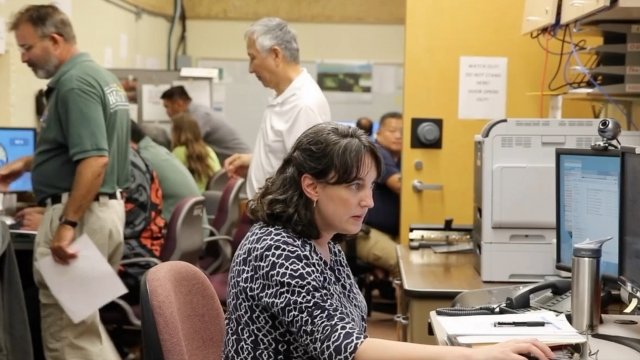 SMS
Hawaii Isn't Ready For A Real Missile Threat, Says State Report
By James Packard
By James Packard
February 20, 2018
After a false alert went out, Hawaiian officials said their state doesn't have a proper plan in place in the event of a real missile threat.
SHOW TRANSCRIPT

Hawaii's Emergency Management Agency sent out an alert in January that a ballistic missile was heading toward the state. You know by now that wasn't the case, and all that alert did was spark widespread panic.

Now, officials say the state's plan for what to do in the event of an actual threat isn't fleshed out. It says Hawaii needs to give residents better direction about what to do if there's an actual emergency. And it says the state's agencies don't communicate with each other like they should if there were a real threat.

The report also says Hawaii needs a system to quickly correct false alerts; it took 38 minutes for the faulty alert to be corrected.