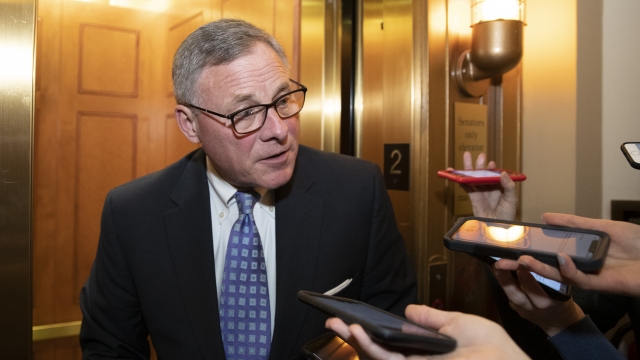 The Justice Department is reportedly investigating stock trades made by a U.S. senator just before the market nosedived amid the coronavirus pandemic.

Unnamed sources told CNN the FBI has reached out to Senate Intelligence Committee Chairman Richard Burr for information about the trades. The senator and his wife sold between $628,000 and $1.7 million worth of stock in mid-February, just before the market began a sharp decline. His committee received numerous closed-door briefings on the threat of the virus before President Donald Trump declared a national emergency over the pandemic.

Burr has denied any wrongdoing, saying in a statement he "relied solely on public reporting to guide [his] decision" regarding the sales of stocks. He also asked the Senate Ethics Committee to review the trades "to ensure full and complete transparency."

Several other lawmakers have also come under fire for their stock transactions prior to the market downturn, including Sens. Dianne Feinstein, James Inhofe and Kelly Loeffler. It's unclear if the DOJ is looking into those trades.