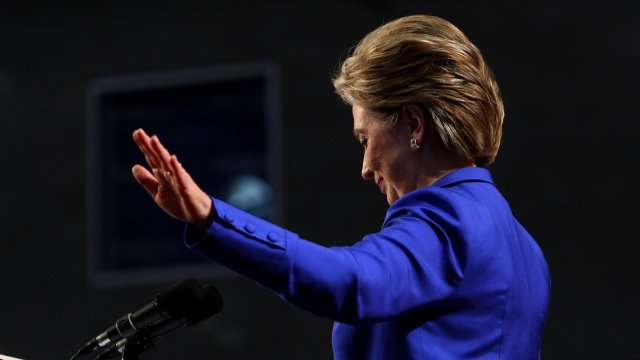 A top adviser with Hillary Clinton's 2008 presidential campaign was reportedly accused of sexual harassment while on the job — but Clinton chose to keep him on staff anyway.

The man accused is Burns Strider, Clinton's former faith adviser. According to The New York Times, which spoke to four people familiar with the incident, Clinton's campaign manager Patti Solis Doyle recommended Strider be terminated. Instead, he was said to have been docked pay and ordered to undergo sexual harassment training. The accuser was reportedly moved to a new office.

An anonymous source told CNN, "Patti wanted him out but she was overruled." Another source told the outlet, "I certainly thought he should just be fired."

Following the 2008 campaign, Strider led Correct the Record, an independent group that supported Clinton prior to her 2016 presidential campaign.

Strider was later fired from that group for workplace issues, which reportedly included more accusations of sexual harassment by multiple female staffers.

The Times notes that until the #MeToo movement, former Clinton associates were unwilling to discuss the incidents surrounding Strider.

In regards to the allegations surrounding notable Clinton supporter Harvey Weinstein, the former presidential candidate said in a statement: "The behavior described by women coming forward cannot be tolerated. Their courage and the support of others is critical in helping to stop this kind of behavior."