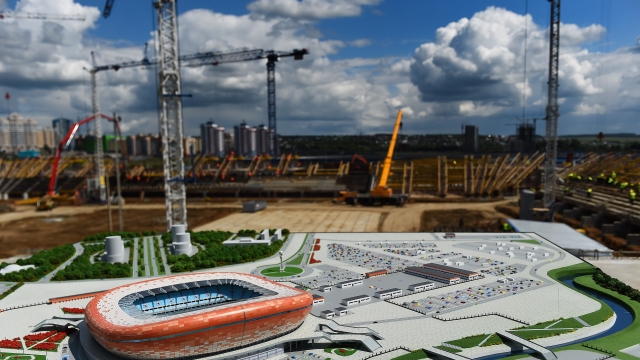 At least 17 people have died building soccer stadiums in Russia for the upcoming FIFA World Cup, according to Human Rights Watch, which cites the number from a global builders union.

Tournament play begins July 2018, but construction has been ongoing for years.

According to the watchdog organization, employers on those projects have failed to produce legal work contracts, and some employees are missing payments.

Human Rights Watch claims workers have feared speaking about the conditions. In April, Russian police detained an investigator for the nonprofit.

Qatar — the country that will host the World Cup after Russia — has also been accused of abuse.

Some of those include forced labor, threats from employers and delayed payments.

But Human Rights Watch says that policy is only concerned with exploitation in stadium construction; many other projects go into the infrastructure for a World Cup.