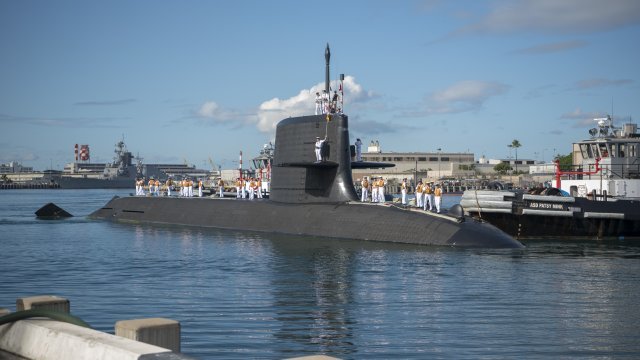 SMS
Chinese Hackers Reportedly Stole US Navy Data On Submarine Warfare
By Jake Jones
By Jake Jones
June 8, 2018
Officials told The Washington Post they believe the hack was carried out by the Chinese Ministry of State Security.
SHOW TRANSCRIPT

China reportedly hacked a U.S. Navy contractor's computer and stole hundreds of gigs of data including material on submarine warfare.

That report comes from The Washington Post. Sources told the Post that hackers stole data from a secretive project called Sea Dragon, including plans for a supersonic anti-ship missile for U.S. submarines.

China has taken steps in recent years to counter U.S. military dominance in Asia. A main area of concern has been undersea combat.

U.S. officials say they believe the hack was carried out by the Chinese Ministry of State Security. The Navy and FBI are investigating.