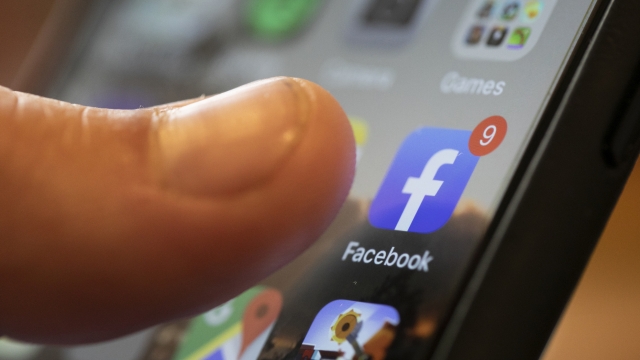 For years conservatives have insisted that social media companies like Facebook and Twitter are censoring their ideas. A new report directly contradicts that claim, saying the sites aren't systematically biased against conservatives.

"This accusation is yet another false conspiracy theory."

"It's a way of explaining the world that you should understand what you see on Facebook or Twitter as being shaped by this animus against the political right," Barrett said.

Twitter and Facebook's recent moves to suspend former president Donald Trump from their platforms have re-stoked the flames around these conservative attacks.

But the report found there's not enough strong, empirical data to support the claims, and that anecdotal examples of this bias "crumble under close examination."

"Twitter and Facebook had trouble explaining themselves clearly as to why they were doing what they were doing. And in the course of failing to explain what their thinking really was, they open themselves up to the allegation that this was just another form of partisan politics and the social media companies are censoring the right," Barrett said.

The report also shows how much prominence conservative politicians and influencers have on social media.

Donald Trump dominated Facebook engagement in the two months ahead of the election. The former president and Joe Biden’s Facebook pages together generated 307 million interactions. Trump was responsible for 87% of the activity.

Conservative claims of unfair treatment have also included losing followers with seemingly no explanation from the platforms as to why. But researchers think that the exodus of QAnon from mainstream platforms may be a factor.

"They thought a number of figures all the way up to Pence was betraying them," said Jack Bratich, Associate Professor of Journalism and Media Studies at Rutgers University, and author of “Conspiracy Panics: Political Rationality and Popular Culture. "I think a number of them are no longer invested in their GOP leaders. And so they're moving away."

The researchers want social media companies to be more transparent about their content moderation decisions. They also want the Biden administration to work with Congress to overhaul things like Section 230 of the Communications Decency Act, and create a new digital regulatory agency to enforce those rules.