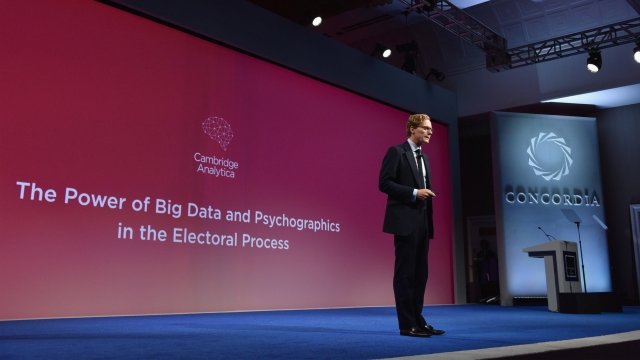 Data analysis and political consulting company Cambridge Analytica reportedly tried to stop the airing of a documentary about its operation on the U.K.'s Channel 4.

The documentary aired Monday. In it, Cambridge Analytica CEO Alexander Nix tells an undercover reporter the company could use sex workers to try to defame politicians it's working against.

"Send some girls around to the candidate's house. We have lots of history of things," Nix says in a hidden-camera conversation. "Just saying we could bring some Ukrainians in on holiday with us, you know." 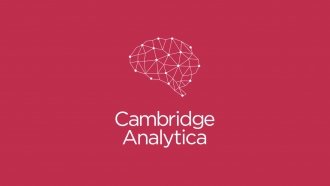 Man Sues To Figure Out What Cambridge Analytica Knows About Him

Cambridge Analytica is under the microscope right now. It was barred from Facebook over the weekend after the social network alleged it improperly gathered Facebook users' private information and then failed to get rid of it when Facebook found out.

The company worked with the Trump campaign in 2016, and special counsel Robert Mueller reportedly asked it for documents late last year as part of his investigation.

In response to the Channel 4 documentary, Cambridge Analytica said in a statement, "Assessing the legality and reputational risks associated with new projects is critical for us" and that it typically tries to "tease out" unethical or illegal situations to figure out who it should or shouldn't do business with.

Nix said in this case he "misjudged the situation." He added: "We entertained a series of ludicrous hypothetical scenarios. I am aware how this looks, but it is simply not the case."