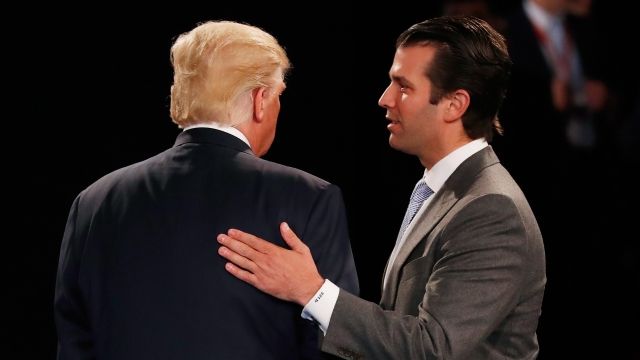 New documents made public by The New York Times and ProPublica show President Donald Trump isn't as detached from his businesses as we thought.

In a press conference days before his inauguration, Trump and his tax lawyer announced he gave control of his businesses to a trust.

And days after Trump's inauguration, the Trump Organization released a resignation letter Trump signed that covers hundreds of organizations.

The newly released documents do show the president's trust is run by his elder son and the Trump Organization's chief financial officer.

But they also show Trump can retake control of the trust at any time. Beyond that, the trust's tax information is under the president's social security number.

Trump has no legal obligation to divest from his brand or his businesses. But his continued business ties open him up to an unknown number of conflicts of interest that could affect his decisions as president.

Trump's hotel in Washington, D.C., located in the Old Post Office Building, is a good example. The building is leased from a federal agency Trump oversees. But the 2013 lease agreement states no government official can profit from any share of the lease.

And, because foreign dignitaries are interested in staying at the hotel, that could put Trump at odds with the Constitution's Emoluments Clause, which forbids office-holders from accepting gifts or bribes from foreign governments.