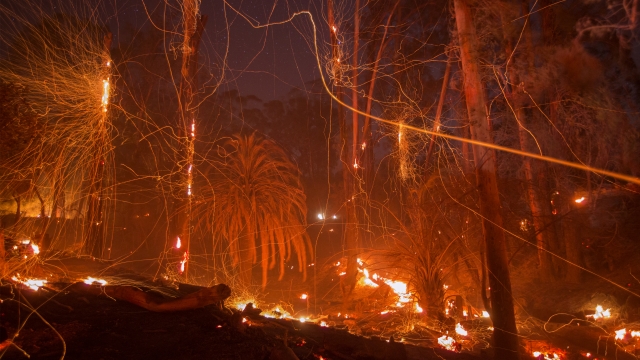 A recent investigation concluded power lines sparked one of the biggest fires in California history.

The Thomas Fire scorched almost 282,000 acres and destroyed more than 1,000 structures in southern California after it started late 2017. It killed two people, including a Cal Fire engineer who was fighting the flames.

The Ventura County Fire Department and several other organizations investigated the cause of the blaze. The fire department released a statement summarizing the unreleased report Wednesday. It said strong winds caused two power lines to come in contact with each other, creating an "electrical arc." The resulting molten material dropped to the ground and ignited the fire.

The statement said electric services company Southern California Edison owns the power line in question. The utility said last October that it thinks its electrical equipment sparked the blaze, but the Thomas Fire started as two separate fires. And SCE said evidence from its own investigation suggests its lines didn't start the second fire.

The company is reportedly listed as a defendant in dozens of lawsuits related to the wildfire.