Report: Deadly 2016 Plane Crash Was Caused By Lack Of Fuel 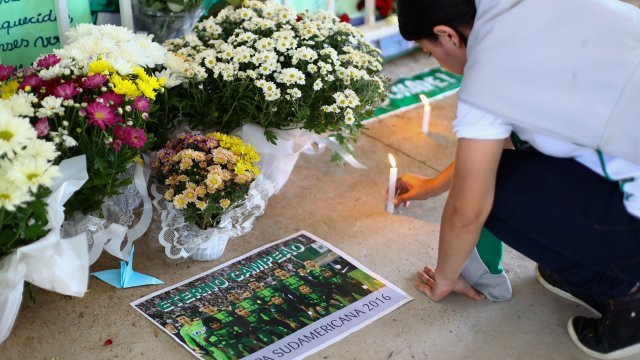 SMS
Report: Deadly 2016 Plane Crash Was Caused By Lack Of Fuel
By Jake Jones
By Jake Jones
April 27, 2018
The plane was carrying a Brazilian soccer team, which was on its way to compete in the South American Cup finals.
SHOW TRANSCRIPT

A 2016 plane crash in Colombia that killed 71 was due to the aircraft running out of fuel, according to an official report.

The plane was carrying Brazilian soccer team Chapecoense, which was on its way to compete in the South American Cup finals.

Five countries were involved in the investigation: Colombia, Bolivia, Brazil, the U.S. and England. Investigators determined the charter flight didn't have the required minimum amount of fuel when it took off. The crew reportedly also decided against landing to refuel.

Only six people survived the crash.

Correction: A previous version of this story incorrectly identified Chapecoense as Brazil's soccer team. The story has been updated.