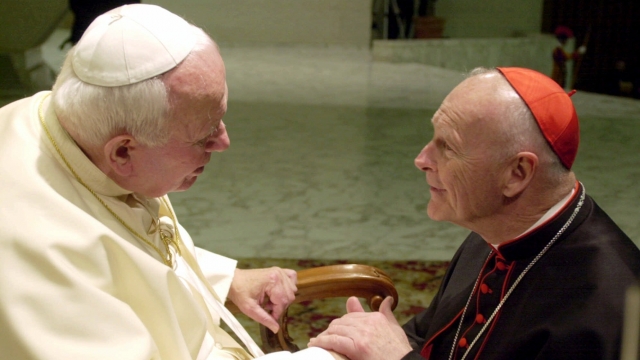 McCarrick was defrocked last year after a church trial found him guilty of sexually abusing minors.

A new report found that Pope John Paul II promoted a former bishop despite knowing about sexual abuse allegations against him.

The Vatican said the former pope knew about the rumors regarding Theodore McCarrick's misconduct.

But McCarrick denied the allegations and the pope chose to promote him as Washington's archbishop anyway.

McCarrick was defrocked last year after a church trial found him guilty of sexually abusing minors.

The Vatican also said several U.S. bishops were not honest about what they knew regarding McCarrick.