Report: 2018 Ranks As The 4th-Hottest Year On Record 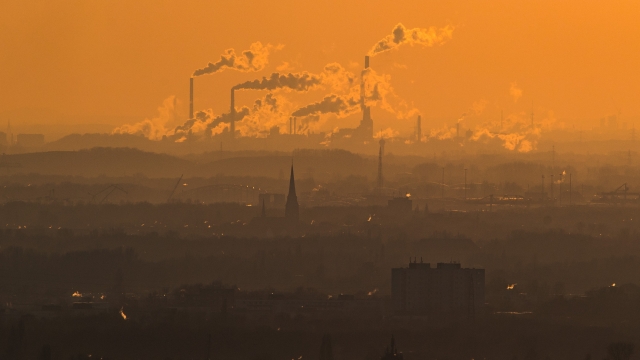 SMS
Report: 2018 Ranks As The 4th-Hottest Year On Record
By Gage Jackson
By Gage Jackson
August 12, 2019
The American Meteorological Society has published its State of the Climate report annually for 29 years.
SHOW TRANSCRIPT

The latest State of the Climate report found that 2018 was the fourth-warmest year on record based on numbers dating back to the mid-1800's.

The annual report released by the American Meteorological Society, or AMS, is based on contributions from more than 475 scientists from 57 countries.

According to the National Centers for Environmental Information, nine of the 10 warmest years ever have occurred since 2005, and the last five years are the five warmest on record.

Marshall Shepherd, former president of the AMS said: "The findings from their State of the Climate report rises above some blog or opinion on social media. Through the process of science, they are sounding an alarm about the 'here-and-now' climate crises."

Scientists used tens of thousands of measurements from multiple independent datasets to conclude their findings. This is the 29th edition of the study.