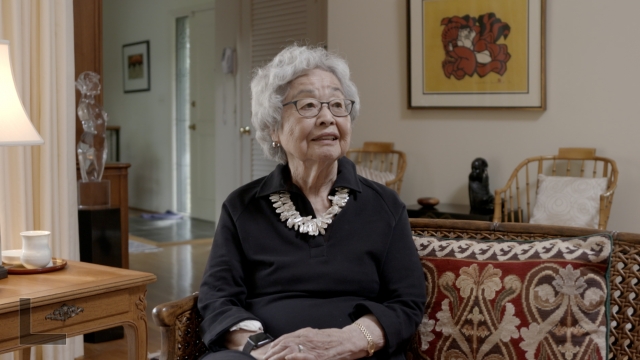 The 2020 campaign trail has stirred up another debate on the concept of reparations for African Americans. While the idea is very far from becoming U.S. policy, it's not unprecedented: other groups have gained redress for discrimination in the past,  driven not by politicians, but activists who were directly impacted.

"You have to have people who were, who's family generations back were affected," said Murakami. "You have to get those people active."

Mary Murakami is one of thousands of people who received reparations from the U.S. government decades after being forced into an internment camp during World War II. She vividly remembers how it all began.

"And we saw the U.S. Army guarding us," Murakami said. "They were on top of the hill coming into Japantown in San Francisco. [They] were shoulder to shoulder across the sidewalk and the street and to the other side of the street [and] on that side of the sidewalk," Murakamai noted. "And at that point my father said there is a war and it's going to be pretty rough on us."

She was just a teenager when her family was taken from their home, eventually ending up in Utah. She spent a total of three years in the camps and is one of over 100,000 people of Japanese ancestry interned from 1942 to 1945, many of whom were forced to quickly sell their property and personal belongings.

It would take decades of effort by the Japanese American community before Congress agreed to form a commission to study what happened. That ultimately led to an apology from President Ronald Reagan and reparations. Those eligible would later receive a $20,000 payment from the U.S. government which in today's dollars would equal to about $44,000.

"The ones who really needed it were our parents and they were already dead," Murakami said.

At the time, members of the Japanese American Citizens League and other activists were key to the success of the law.

"As time passed, particularly a lot of the children of the people who had been incarcerated became more aware of what had happened," said David Inoue, executive director of the Japanese American Citizens League. "Part of this was the civil rights movement in the [1960's] [and] the beginning of Asian American studies as a scholarly endeavor, where many of these children were actually learning about what had happened to their parents in school."

Right now, a similar path to reparations for African Americans is still unclear. But Democratic presidential candidates are adopting the idea of forming a commission to study how reparations would even work — an idea pitched by former Congressman John Conyers for years.

"There are obviously differences in how we could do reparations because we would not be paying reparations directly to someone who was wronged by slavery itself," said Inoue. "[What] we cannot deny is that there have been so many other wrongs that have happened and that continue to happen."

Murakami says regardless of how the conversation starts, she hopes the country will address past discriminatory practices by the government so it doesn't happen again.

"Everyday that we spent in camp we saluted the flag because we believed in the United States and you should too," Murakami said. "The flag doesn't represent the president, it represents the constitution and eventually it will do right."