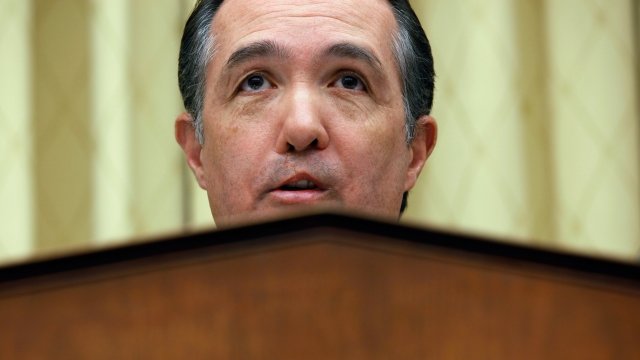 SMS
Rep. Trent Franks Just Resigned From Congress
By Casey Mendoza
By Casey Mendoza
December 8, 2017
The congressman says he made this decision with his family after his wife was admitted to the hospital.
SHOW TRANSCRIPT

Rep. Trent Franks just resigned on Friday — more than a month earlier than he originally said he would.

In a statement, Franks said he and his family came to the resignation decision after his wife was admitted to the hospital "due to an ongoing ailment."

On Thursday, Franks said he would leave Congress on Jan. 31. That decision to resign came after two female staffers complained about his conversations about female surrogacy. The House Ethics Committee says it is currently investigating those complaints.

On Friday, a former aide told the Associated Press Franks offered her $5 million to act as a surrogate.