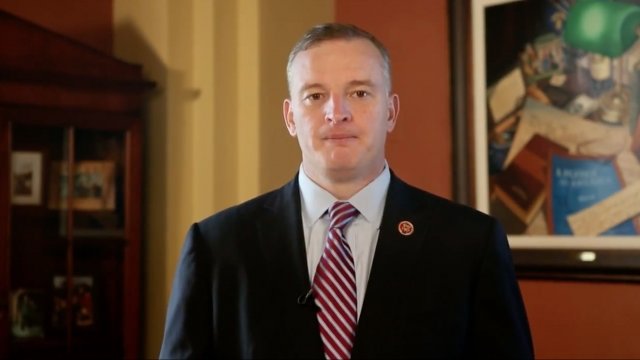 Rep. Tom Rooney disputed what his Republican colleagues concluded about Russia's involvement in the 2016 election.

The Republicans on the House intelligence committee said Monday they were going to end their investigation into Russian meddling in the 2016 presidential election. They also said they had not found evidence that Russian President Vladimir Putin wanted to help then-candidate Donald Trump win the election.

But Republican representative Tom Rooney, who sits on the intelligence committee, said on CNN he doesn't agree with that assertion.

"I think that there's absolutely evidence to show, though, that they were trying to help Trump at some points, but also they ... were also trying to hurt our side as well. There's evidence of both sides," Rooney said on CNN.

He said his administration will "counteract" attempts to interfere and encouraged states keep paper backups in upcoming elections.

The idea that Russia didn't have a preference for Donald Trump during the election is a departure from the consensus of the intelligence community. Democrats slammed Republicans on Monday for ending the probe and for the way it was run.

"This was a take-their-word-for-it investigation that simply went through the motions," Rep. Joaquin Castro said on CNN. "This was like bringing in a suspect that you suspect of arson or something else, asking them, 'Did you start the fire?' They say, 'I didn't start any fire.' And you say, 'Oh, great. Go ahead and go home.' That's what this was."

Democrats will get a chance to look over the Republicans' full report on Tuesday.