Rouda Wants Transparency In How Opioid Crisis Funding Is Being Spent 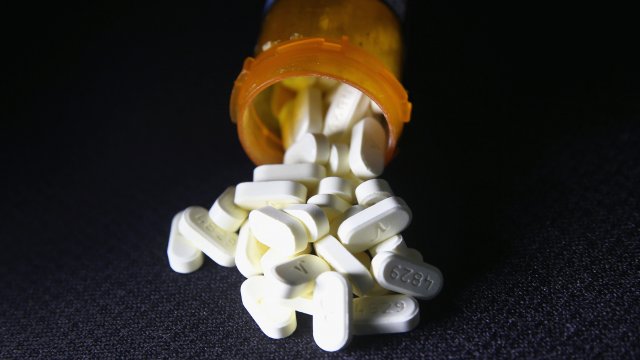 The number of drug overdose deaths has gone up every year since 1990. For the first time in three decades, the Centers for Disease Control says that total has dropped.

Deaths decreased 5.1%. In a statement, Health and Human Services Secretary Alex Azar says "efforts ... are working. We're beginning to win the fight against this crisis." Still, there were more than 68,000 overdose deaths in 2018. Some in Congress are looking to find out which prevention programs are having the most success.

Democratic Congressman Harley Rouda is introducing legislation along with a bipartisan group of members that will create what he calls "measurable metrics" for success. Right now, many have speculated the reason for the decline was use of Narcan and tighter prescribing guidelines, but Rouda wants more concrete answers.

Congress has appropriated, with support from the White House, more than $3 billion in the last two years. The president made the opioid crisis one of his signature issues during the 2016 campaign. Though Senate Majority Leader Mitch McConnell has described himself has the "grim reaper" for House bills, Rouda says he's cautiously optimistic the bill could make it to the president's desk.

But lawmakers acknowledge there's a long way to go. While painkiller deaths decreased, the CDC says overdose deaths from fentanyl, synthetics, cocaine and meth increased. Rouda says members could work together to stop drug entry from Mexico. The current federal grants expire in 2020.