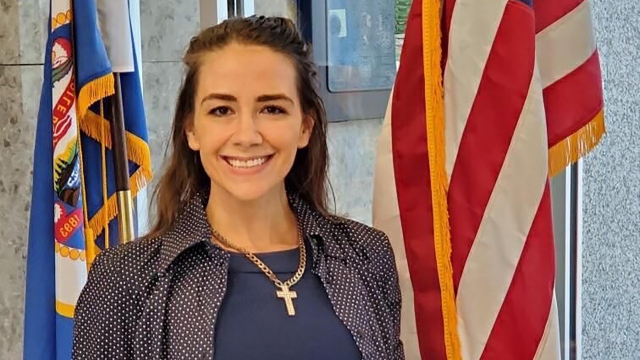 SMS
Rep. Omar's Republican Opponent Permanently Suspended From Twitter
By Stephanie Sandoval
By Stephanie Sandoval
November 29, 2019
Danielle Stella says her suspension is proof that Twitter "will always side with and fight to protect terrorists, traitors, pedophiles and rapists."
SHOW TRANSCRIPT

Danielle Stella, a Republican running to unseat Democratic Rep. Ilhan Omar in Minnesota, has been permanently banned from Twitter over tweets that many viewed as threats against the congresswoman.

One post read: "If it is proven [Omar] passed sensitive info to Iran, she should be tried for #treason and hanged."

Stella told The Washington Times: "My suspension for advocating for the enforcement of federal code proves Twitter will always side with and fight to protect terrorists, traitors, pedophiles and rapists."

Omar has dealt with tweets like this before. She has repeatedly faced attacks from President Donald Trump and his supports.

In a statement, Omar said: "This just shows how far the Republican Party has fallen under Trump. Their campaign strategy is just threats, disinformation and smears against their opponents and the people will continue to reject it."

But Twitter has also faced criticism over how it enforces its policies. Critics say tweets from politicians, including the president, often violate the rules but aren't taken down. In June, the company said it would put disclaimers on tweets from world leaders that break its rules, but are also in the "public interest."