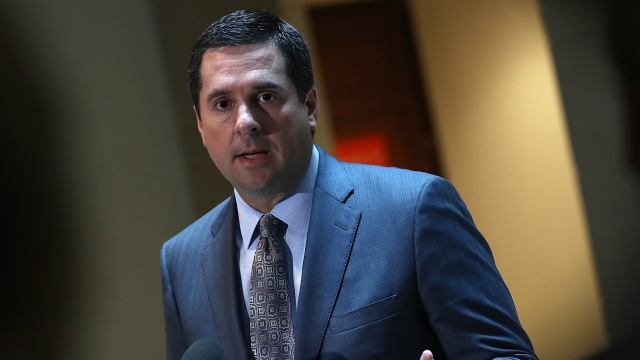 An Obama administration official was set to potentially shed new light on the Trump campaign's ties to Russia — until her hearing was canceled.

House Intelligence Committee Chair Devin Nunes canceled a hearing in which former Acting Attorney General Sally Yates was supposed to testify about her brief time in the Trump White House.

"I'm told she had some very interesting things to tell the committee, to tell the public, about when she told the White House counsel that Mike Flynn had in fact been lying to the vice president," former CIA Chief of Staff Jeremy Bash said on MSNBC.

Yates reportedly warned the White House that former national security adviser Michael Flynn may have been compromised by Russian interests. Flynn was later fired for hiding his contacts with Russian agents from Vice President Mike Pence.

Yates was eventually fired after she refused to defend the president's travel ban in court.

The Washington Post reported that Yates told the Trump administration her testimony directly contradicted White House statements about the Flynn investigation. The hearing was called off the next day.

Nunes also scheduled a closed meeting with FBI Director James Comey and NSA head Mike Rogers, but that was canceled, as well.

The White House denied it had a hand in halting the hearing, saying it welcomed Yates' testimony.

"If they choose to move forward, great. We have no problem with her testifying. Plain and simple, the report in The Washington Post is 100 percent false," White House press secretary Sean Spicer said at a press briefing.

But in letters with the executive branch, Yates' attorney indicates the government tried to stifle some of her testimony by citing attorney client privilege and presidential communications privileges.

The investigation has also been dogged by questions about the conduct of Nunes, who was part of President Trump's transition team. He reportedly took information related to Trump's unproven wiretapping claim to the White House without telling anyone on the committee. 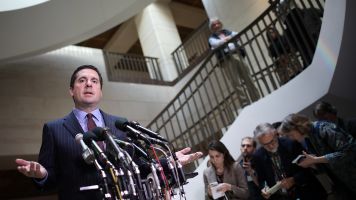 Nunes also said he first learned about that information on White House grounds, after a source showed him a report tied to the administration's secure networks. Nunes says that meeting didn't involve anyone from the Trump administration, but it would have been hard for him to have gotten into the White House without help from a staffer.

Adam Schiff, the ranking Democrat on the House Intelligence Committee, said Nunes should step down from the investigation. So far, Nunes has refused.