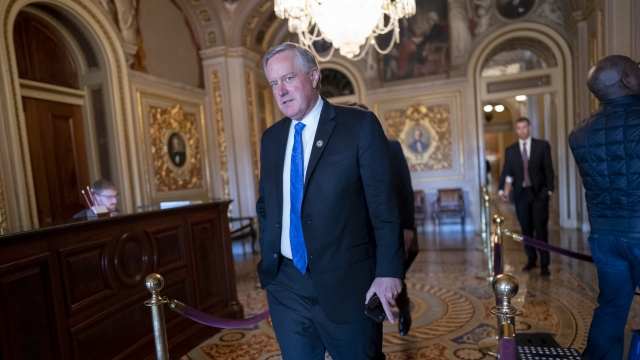 More U.S. lawmakers are isolating themselves after they came into contact with an individual who tested positive for the coronavirus.

Sen. Ted Cruz and Rep. Paul Gosar were the first to announce they directly interacted with the patient at the annual Conservative Political Action Conference in February.

Reps. Doug Collins, Matt Gaetz and Mark Meadows — who is President Trump's incoming chief of staff — said Monday they too had come into contact with the diagnosed individual.

Meadows' office said he was screened for the coronavirus and the test came back negative. Still, out of precaution, the Republican lawmaker is going to self-quarantine at his house until Wednesday. That's when a full 14 days will have passed since the exposure.

The four others have made similar quarantine arrangements. All noted in their announcements that they weren't experiencing any coronavirus symptoms.

Congressional leaders told reporters Monday they currently don't see a need to close down the U.S. Capitol Building over the outbreak. Still, members of both chambers have been meeting to discuss contingency plans for keeping lawmakers, their staff and visitors safe.

An estimated 3 million to 5 million people visit the U.S. Capitol each year. About 60% of those visits occur between March and July.