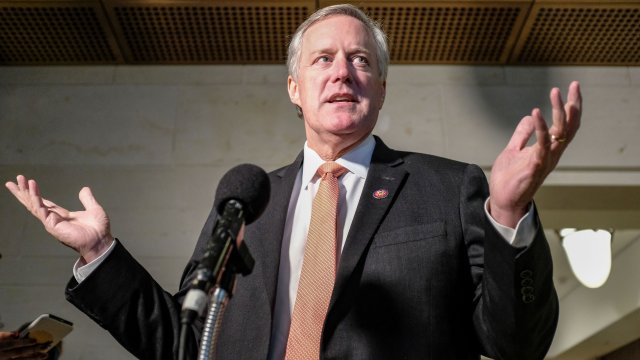 Meadows made the announcement Thursday morning. Friday is the deadline to file for reelection in his congressional district.

Republican Rep. Mark Meadows won't seek reelection at the end of his term.

Meadows made the announcement Thursday morning after multiple media outlets reported on his impending departure. Friday is the deadline to file for reelection in his congressional district.

Meadows is well known for being one of President Donald Trump's biggest supporters. It's unclear exactly what his future plans are. But he said in a statement his work with the president and his administration is "only beginning."

Meadows' announcement came the day after he voted against two articles of impeachment against the president. But Democratic lawmakers ultimately won the vote, making President Trump the third president to be impeached.