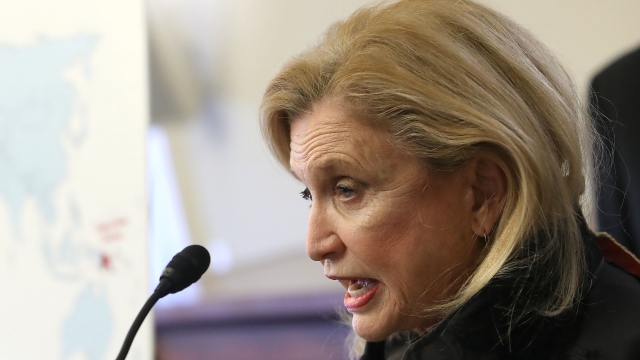 Rep. Carolyn Maloney has been chosen to lead the House Oversight and Reform Committee, making her the panel's first-ever chairwoman.

Earlier this week, the House Democratic Steering Committee recommended Maloney after she won a runoff vote against Connolly. The nomination made Maloney's election a near certainty, since Politico reports that members rarely vote against the panel's choice.

Maloney has led the oversight committee on a temporary basis since the death of former Chairman Elijah Cummings in October. She has served on the committee since 1993 and was the most senior Democratic member to seek the position.

Maloney said in a statement after the vote: "I'm honored by this opportunity to do more for the American people and will do my best to follow the honorable example that Chairman Cummings left for us all."

The House oversight committee is one of the three panels leading the impeachment inquiry, along with the House Intelligence and Foreign Affairs committees.