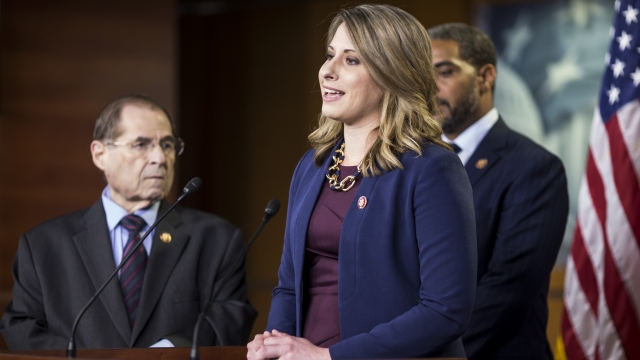 A freshman congresswoman is under investigation after she was accused of having a relationship with one of her staffers.

The questions surrounding her personal life popped up after a series of articles were published by the conservative political website RedState. An Oct. 10 story centered around a Facebook post from her estranged husband, where he claimed Hill had been sleeping with her finance director. Then an Oct. 18 article said Hill had a "long-term sexual relationship with a female campaign staffer." That story was published with text messages and three photos, including an explicit one.

Hill addressed the accusations in a letter to her constituents. She denied having an affair with her finance director. But she admitted to a relationship with a campaign staffer. She wrote, "I know that even a consensual relationship with a subordinate is inappropriate, but I still allowed it to happen despite my better judgment." She also noted that she's going through a divorce from "an abusive husband who seems determined to try to humiliate me."

House rules prohibit lawmakers from having a sexual relationship with someone on their staff. But the House doesn't have any jurisdiction over Hill's relationship from before she joined Congress.

Hill said she's fully cooperating with the ethics investigation. And she asked Capitol Police to investigate her private photos being published online.