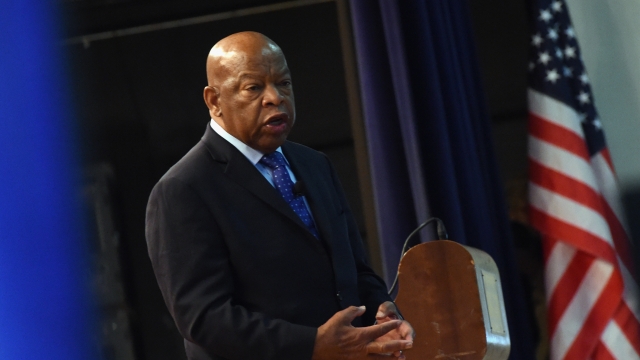 The longtime congressman and civil rights icon revealed the diagnosis in a statement Sunday. He said doctors discovered the cancer this month during a routine medical visit and subsequent tests.

Lewis said he'll return to Washington D.C. in the coming days to start his treatment plan, which will take place over the next several weeks. He plans to continue working during that time.

He said: "I may miss a few votes during this period, but with God's grace I will be back on the front lines soon."

The American Cancer Society says pancreatic cancer accounts for about 3% of all cancers in the U.S. and about 7% of all cancer deaths. The survival rate over five years for all forms of the disease is about 9%.

Lewis has served in Congress since 1987. He represents Georgia's 5th congressional district, which covers most of Atlanta.