Why This Congressman Is Already Campaigning For President 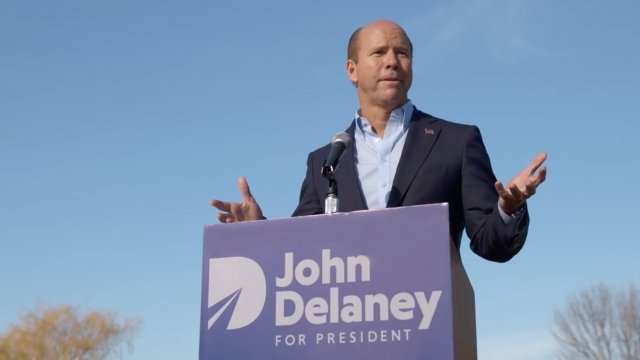 SMS
Why This Congressman Is Already Campaigning For President
By Lindsey Pulse
By Lindsey Pulse
February 13, 2018
Rep. John Delaney told CNN why he's getting a huge head start on campaigning for the 2020 presidential election.
SHOW TRANSCRIPT

The 2018 midterm elections haven't even happened yet. But that's not stopping Rep. John Delaney from openly campaigning for the 2020 presidential election.

His first ad aired on Super Bowl Sunday in Iowa, an early-caucus state. As for why he's jumping the gun: Delaney told CNN Tuesday he isn't a fan of the people currently in office.

"I think what's going on the White House is awful," Delaney told CNN. "The president's degrading our society, degrading our culture, degrading our standing in the world, and we have to start early in terms of thinking about what the next chapter is."