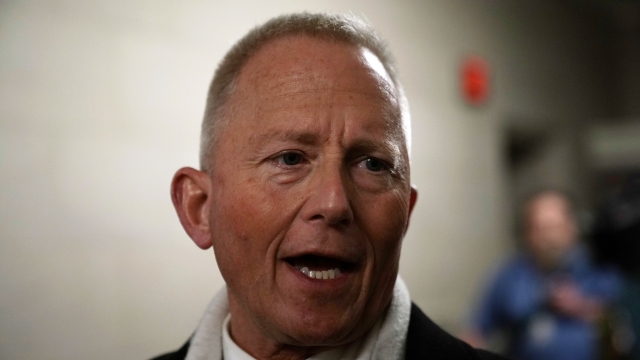 "But Jeff will be joining the Republican party and we were very fortunate that he voted our way yesterday as you probably know," said President Donald Trump.

With these words, President Donald Trump announced that Democratic Rep. Jeff Van Drew is switching to the Republican party, just a day after the New Jersey congressman voted against both articles of impeachment.

"I believe that this is just a better fit for me. This is who I am, it's who I always was but there was more tolerance of moderate Democrats," said Van Drew.

Van Drew met with President Trump and Vice President Mike Pence at the White House on Thursday to make the public announcement. He also reportedly sat with Republicans Wednesday night before the impeachment vote.

Van Drew's decision was widely anticipated. Whispers of his possible defection from the Democratic party had grown loud enough that last week, six of his senior aides reportedly resigned out of protest of his impending decision.

Democrats are now moving quickly to attempt to hold his congressional seat, with at least one Democrat having already announced a run while others are reportedly considering campaigns.