Does Sen. Heller Really Want To Cut Welfare To Pay For Tax Breaks? 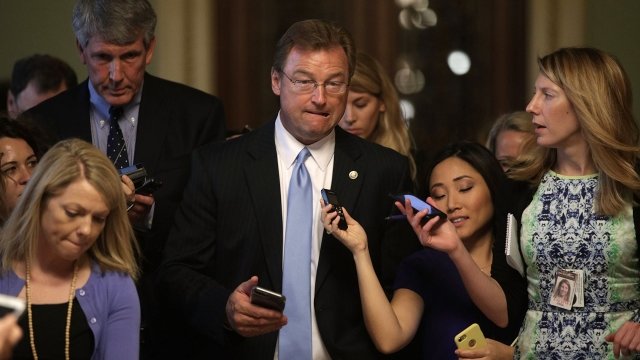 The Democrat running to unseat Republican Nevada Sen. Dean Heller has something to say about his record on welfare.

Jacky Rosen claimed at an event earlier this month that Heller "wants to cut programs like Social Security and Medicare to pay for tax cuts to his ultra-wealthy donors."

That stretches the truth, and it certainly needs some context.

There are several parts to this, so stick with me. First, we should break down the accuracy of Rosen's claim that Heller wants to "cut" Social Security and Medicare.

Heller has supported legislation that would slow the projected growth in spending on Medicare. There's some debate about whether or not that constitutes a "cut". That's largely up to the spin machine.

Heller also backed a budget amendment that would pressure lawmakers to scale back Medicare and Social Security spending.

Since those programs are so widely used and so popular among those who need them, any effort to reign in spending is going to focus on the long term: gradual changes over time for younger people who are decades from retirement.

Another point — Heller has a track record that suggests he favors reigning in spending on welfare, but that doesn't necessarily mean he wants to cut it, and it's not a given that lost revenue from the tax cuts will be made up for by tightened spending on welfare.

So Rosen's claim takes facts and spins them. To understand the truth behind it, you need a lot of context.