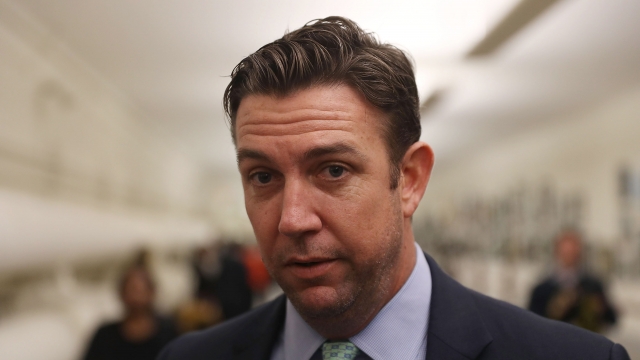 Rep. Duncan Hunter announced that he will plead guilty in federal court on Tuesday to misuse of campaign funds.

"On Tuesday, I'm going to change my plea to guilty. I think it's important not to have a public trial for three reasons, and those three reasons are my kids. I think it'd be really tough for them. It's hard enough being the kids of a public figure. I think it's time for them to live life outside the spotlight."

Prosecutors accused Hunter of spending hundreds of thousands of dollars on things such as a $14,000 vacation to Italy and even flying the family pet rabbit cross-country.

His announcement comes after he spent more than a year denying the allegations against him and even blamed his wife and campaign manager, Margaret, for the spending. She pleaded guilty in June to the personal use of campaign funds.

Despite his indictment for corruption last year, Hunter won reelection to his San Diego seat. His family is a southern California political dynasty; Hunter's father held the same seat for 14 consecutive terms before Hunter took it over.

Hunter didn't officially announce his resignation Monday, but did say: "My office is going to remain open. I've got a great staff. We're going to handle people's cases, and we're going to pass it off to whoever takes this seat next."

It's unclear what kind of jail time he may face, but Politico reports that federal guidelines for this felony charge recommend 8-14 months.