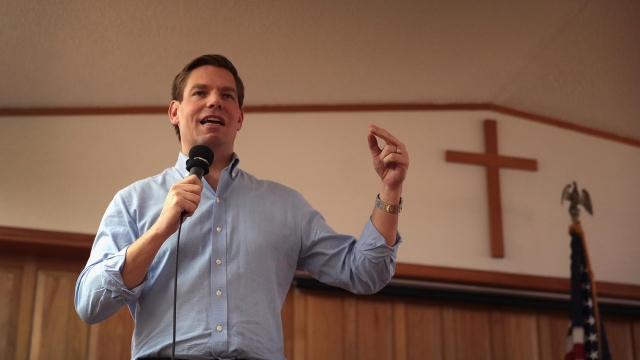 On Monday, Swalwell told Stephen Colbert on the "Late Show" that the U.S. is in "quicksand" and that Americans feel like they are "running in place and it is not adding up to anything."

The 38-year-old is up against 17 other Democrats also in the running like Sens. Cory Booker, Kamala Harris and Amy Klobuchar.

One of Swalwell's big focuses is gun control. On Tuesday, he is hosting a town hall on the matter in Sunrise, Florida, just a few miles from where the Parkland shooting took place. Then he's traveling to Iowa on Thursday, South Carolina on Friday and California on Sunday where he is suppose to talk about his "vision for the East Bay and America."