U.S. Rep. Duncan Hunter To Resign From Congress After Holidays 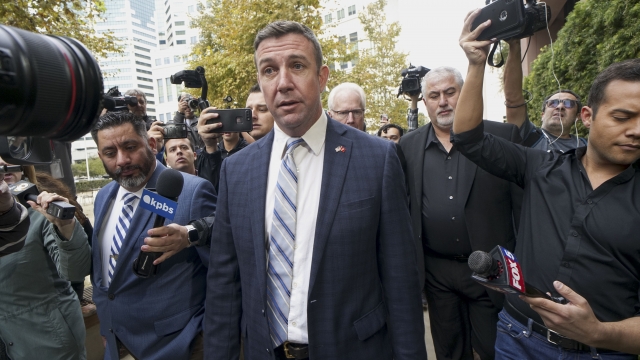 Prosecutors say Hunter spent hundreds of thousands of dollars in campaign funds on things like a $14,000 vacation to Italy and even flying the family pet rabbit cross-country.

The House Ethics Committee said the guilty plea triggered a House rule that says lawmakers should "refrain from voting" if they've been convicted of certain crimes. He was also forcibly removed from his committee roles back in 2018.

Hunter is scheduled to be sentenced in March. He faces up to five years in prison — though prosecutors say they plan to seek a much lesser sentence.