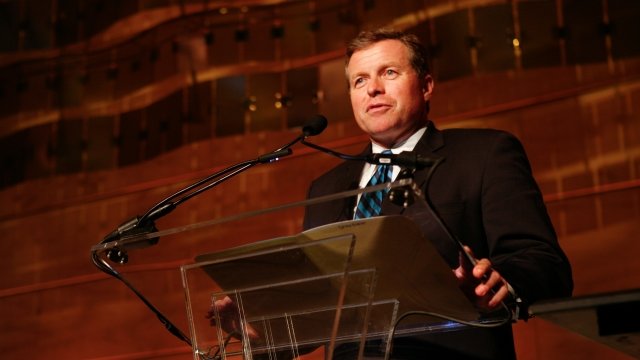 Republican congressman Charlie Dent is standing by Sen. Bob Corker as tensions between the senator and President Donald Trump escalate.

Dent says more of his colleagues in Congress should speak out about their concerns over happenings in the White House.

On Sunday, Trump said Corker didn't run for re-election because he "didn't have the guts" and said Corker "begged" Trump for an endorsement.

It's unclear what spurred Trump's Twitter attack on Corker. Some outlets point to Corker's comments that Secretary of State Rex Tillerson and other top administration officials are separating the country from chaos.

In his defense of his colleague, Dent said other lawmakers say things in private they don't say in public. He said he's glad Corker gave a voice to behind-the-scenes concerns about "dysfunction and disorder" in the White House.

Both Dent and Corker have announced they won't run for re-election once their terms are up. Rep. Mark Meadows used that to criticize Corker, telling the Associated Press, "It's easy to be bold when you're not coming back."

That aside, the Twitter brawl comes as the Trump administration is trying to pass major legislative achievements, including tax reform. And some point out Corker's support — or lack thereof — in the Senate could make or break the effort.