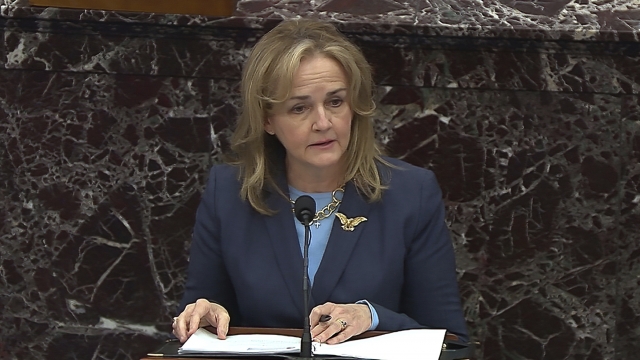 SMS
Rep. Madeleine Dean: Country Needs Dems, GOP Working Together
By Simon Kaufman
By Simon Kaufman
April 29, 2021
She says she's behind the president's vision and is calling on her Republican colleagues.
SHOW TRANSCRIPT

Other Democrats also responded after the president's address.

Congresswoman Madeleine Dean of Pennsylvania says she's behind the president's vision and is calling on her Republican colleagues.

"The country needs us to work together. It's time for the Republicans to work with the Democrats as they did last year on The CARES Act," Rep. Dean said. "It's time that they come back and work for the American people because, certainly, I don't think they're disappointed that these dollars and these resources are dodge their districts. For the Republicans who say 'We're not going to do anything, we're not going to help you at all' – they have to go home to their constituents and tell their constituents that."