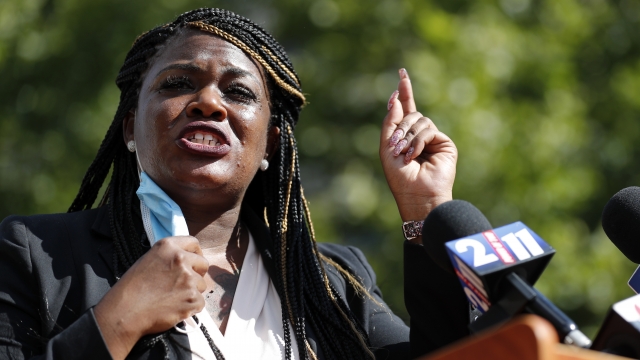 Bush tweeted Friday that a "maskless" Taylor Greene and her staff "berated" her in the hallway January 13. She said she was "moving my office away from hers for my team's safety." The move was ordered by House Speaker Nancy Pelosi.

Taylor Greene's staff in response said Bush was the "instigator" and tweeted video of the incident.

In the video, Taylor Greene is talking into her phone with her mask under her chin while walking through the Capitol complex.

Bush then calls out: "Follow the rules and put on a mask!"

"You know what, yeah, don't yell at people. You know what, you shouldn't bring COVID-positive members in here, spreading COVID everywhere. Stop being a hypocrite! Yeah, this is how it is here now," Taylor Greene answered.

Bush said she called for Taylor Greene to wear a mask "out of concern for the health of my staff."

Taylor Greene has come under fire for fanning unfounded conspiracy theories. Her social comments, likes and shares on social media spoke of violence, including executions targeting Democratic members of Congress.

Bush has joined other House Democrats demanding that Taylor Greene be expelled from the House of Representatives.